It's a Wrap! eTechTV Appears On Location at Fraunces Tavern in New York City 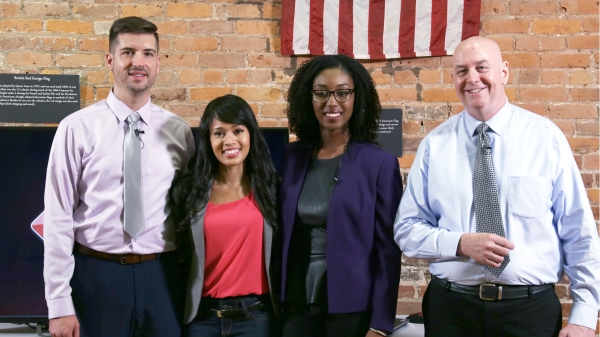 After over a decade off the air, eTech.TV returned to New York City with a special taping on location at the historic Fraunces Tavern in New York City.

- Jessica Baldwin Phillips, the Executive Director of Fraunces Tavern Museum giving an overview of this historic building and it's significance during the revolutionary war

- Tony Agnes, Rich Garboski's electronics teacher in 1978 which was the beginning of a 40 year career in technology.

- Ben Choder, Digital Media, Streaming, OTT & Health Innovator who appeared on two segments on eTech.TV, one on technology and healthcare

- Desi Sanchez, Founder of GamesGeeksTech.com who brought us up to speed on the latest trends in gaming

- Shaun Mooney, Director of Infrastructure for 60 Hudson gave eTech.TV a historical prospective of what was once the original Western Union Building and now one of New York Cities most famous buildings, 60 Hudson Street.

- Jon von Tetzchner, CEO of Vivaldi and co author of the original Opera browser returned to eTech.TV to give a demonstration of the new Vivaldi Browser

Stay tuned as eTech.TV will be releasing individual segments with a full show coming soon.  Join our mailing list to be updated as shows are released!