It’s Tough to Keep the Internet a Borderless Service 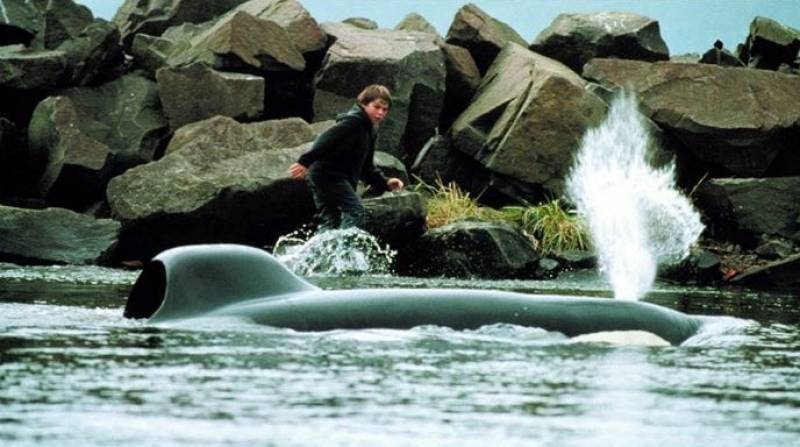 “We've all become great admirers of your work around here, but all good things must come to an end.” – Randolph, “Free Willy,” Warner Bros., 1993

Sorry, folks, but you are.

Back in the mid-60s they came up with altruistic idea of connecting their peers to exchange scientific information on this thing they called ARPANET (Advanced Research Projects Agency Network) which MIT’s (Massachusetts Institute of Technology) affectionally called a “galactic network.”

With an initial blinding speed of 2.4 kbps (kilobits per second) line speed, they connected four institutions and then expanded it to other scientific centers (and upped the speed slightly).

Then DARPA (Defense Advanced Research Projects Agency), the people who funded the project, said we’ll release it to the world – make it free to the whole world.

One of the first to be added was CERFnet (California Education Research Foundation) network.

It was so innocent and backward that Push Mohta (a founder of the San Diego-based firm) asked Vint Cerf (one of the early internet founders) if it was O.K. to associate his name with the organization … he agreed.

In a beat-up VW van, they drove around the state running cable, adding dial-in boxes, and making it possible for people to connect, research, exchange ideas/information and … email.

In a slow, stumbling fashion, the free-to-all network of networks spread across the globe and became an indispensable part of business, commerce, government, entertainment and a kid’s very life.

As Mark Wahlberg describes its importance in a recent service provider’s ad, “Food, water, Internet, we need it to live.”

It’s certainly true for 4B plus people around the globe, even though many must get by with slow to miserable speed/connectivity.

Of course, that leaves 4B plus who don’t have access or would rather use what little money they make for something less important like food, clean water, shelter.

You know, the less than vital stuff!

That’s tough for those of us who live in the Silicon Valley bubble (not the real world) to come to grips with.

Speed Limits – You can never have too much bandwidth or upload/download speeds that are too fast; but that all depends on your ISP’s ability to deliver the best performance possible to customers.

It’s true that some people have much faster Internet than we do – South Korea, Iceland, Norway and Sweden; but it’s still enough to fill all the screens with stuff we have to have for our “always on” lives.

The world made the rapid advance to 4.1 plus billion quickly, thanks to wireless and mobile phone technology.

Yes, we assume all of them will be using 3G/4G phones.

But unfortunately, 1.6B plus folks live in areas where mobile broadband isn’t available.

In emerging countries (southeast Asia, Pacific, sub-Saharan Africa, much of India and China), it not only isn’t true, it isn’t cheap.

But once they get even rudimentary connectivity, they find the computer in the pocket is something they can’t live without and must be constantly in touch.

Data Driven – While the mobile device was first developed to enable people to talk to each other--even when they were away from their stationary phone, Internet and web services quickly made the three-minute phone call an afterthought, compared to the 3GB data transfer.

Imagine you can be anywhere – hundreds of miles away from your office -- and people can talk to you.

Once I was in the Midwest to celebrate my dad’s birthday and received a call from a client/friend in Osaka.

I excused myself, went outside and had a 30-minute “meeting.”

When I came back in, Dad asked who it was and I told him.

He looked at me with his steely, inquisitive eyes and asked, “How did he know to call you here?”

Some technology you just take for granted.

But for most of us, a real call is a rarity because well: a) they won’t be there and you’ll have to leave a message; b) you really don’t want a long, boring conversation and just need to document something for them or c) you want both parties to have a “written record.”

That wireless thing in your pocket/purse has more power than the computer that took men to the moon and it does more stuff for you. In addition to providing access to your social media sites and movies/videos, you can use it to send/post selfies and look up stuff you need to know.

Data Growth – Data transfer has grown rapidly as bandwidth improves. Today, it is estimated that 80 percent of the traffic is video content.

Whether it’s across the wire or wirelessly, we constantly send, receive data in an endless stream.

For many in the world, it isn’t just nice connectivity technology, it’s an important step in advancing their education, their health/welfare and their economy.

It has to be affordable because even a modest smartphone by U.S. standards can represent a person’s earnings for five years and then there are the monthly service charges.

At current prices, 500MB of data a month isn’t affordable to 83 percent of the people in South Asia and is out-of-reach for nearly 90 percent of those living in Sub-Sahara Africa.

Even then, the phone (and service costs) are often shared by several families.

To make it affordable, prices of devices/service would have to drop as much as 90 percent, which means governments or carriers/suppliers would have to subsidize it.

Okay, let’s just say we can get over that “minor” hurdle. Then we must show people that having the device/service is vital to them and that what they have access to is relevant.

It provides them with a means of improving their knowledge/expertise and it provides a way for them to escape the reality of the world they face every day, even if only for a short period of time.

For these people, Internet access may not be as indispensable as food and water; but it is a powerful tool for giving countries, communities, families and individuals hope, ideas and opportunities.

Underwater Pipes – Tens of thousands of miles of high-speed/high-capacity cable are strung across the ocean floor to keep the world connected.

While really critical data could be communicated via satellite, about 99 percent of the world's content traffic goes through undersea cables.

Yes, they could be sabotaged by some nation or things like ships' anchors, fishing nets and fishing equipment.  Heck, even sharks have apparently bitten through several cables.

In addition, natural disasters -- particularly earthquakes -- are more of a threat.

While cable cuts happen, there are “work arounds” like sending traffic through other routes as happened in 2010 when the Taiwan earthquake damaged cables to Hong Kong.

There was a cascading effect that impacted data traffic throughout Asia and ultimately, around the globe.

It took a little over six weeks to get back to “normal.

But cutting a bunch of cables on purpose is a lot of work.  Certainly not as much fun (according to really warped people) as releasing viruses and letting people believe:

Stupidity and greed cause more havoc than accidents or natural disasters.

Of course, these are minor problems.

Back when Lick, Vint, Push and the other early pioneers nurtured the infant Internet, it was “interesting” but no one gave it a second glance.

Then Serge, Mark and a bunch of college dropouts thought it would be cool (and maybe even marginally profitable) to develop a thing that would let you find stuff on the web, a thing that folks could post dumb stuff and have everyone stare at it or use to upload questionable photos or stupid videos people might take a look.

O.K., so things got “a little” outta’ hand and people were making buckets of money sharing stuff they shouldn’t share. Obviously, it was too important not to control.

Barriers – While we often think of the Internet as a service that makes it fast and easy to communicate with anyone in the world, regardless of the country they live in; countries can and do restrict certain types of data traffic to/from their territories and governments can “punish” countries by prohibiting or limiting data communications.

Every country on the planet has some level of legal control over the operation of the Internet within their borders, including what can be communicated and what can be shared/used.

Some more than others.

After all, what good is it to let people have a tool they can spill their guts on and tell everyone about everything if the government doesn’t get first crack at the information?

Then too, those social media and app folks are very good at scraping data online to sell, share, barter.  The market for using it to sell digital ads is estimated to be worth more than $80B WW next year.

Despite what people post, the right to “respect for private and family life” and “everyone has the right to the protection of personal data concerning him/her” is kinda’ a big deal in Europe.

Because they had an uncomfortable experience about data capture back in WWII, Europeans have strong opinions about protecting their data.

To avoid things like surveillance and expression monitoring, people in many countries use private social networks and encryption to communicate on the iNet, which worries (and ticks off) many security agencies.

The SIGs (special interest groups) can still be followed, but it just takes a little extra work to penetrate the veil.

Now that the Internet has become as necessary to people as food and water, there is increasing pressure in countries like the U.S. to allow service providers greater freedom to control the level of service provided and the cost.

But unlike choosing between an iPhone, Galaxy or one of a dozen smartphones or an Apple, HP, Dell or other computer; the choice for Internet connectivity is what the ISP (Internet Service Provider) offers – quality of service, data limits, cost.

That’s not exactly what the early Internet developers had in mind. Nor was it what DARPA expected when it turned it loose for the world to use, enjoy.

After all, they weren’t big for-profit people but more like Glenn, who said, “I've always been a better rule breaker than rule maker, myself.”

We’ll just have to see how free Internet can remain.

More in this category: « Tim Reid Joins The Cast of eTechTV One Minute of Video is Worth 1M Plus Marketing Words »